The Jackson 5 Group was looking for a large format fabric media arch to use as part of their stage set for a show running at Planet Hollywood Hotel in Las Vegas, February-April 2014. As there would be an act immediately after their performance, the media arch would need to “fly” above the stage, hidden behind curtains. The functionality demanded a structure that was lightweight and could be lifted easily, and would stand up to extended use. Jackson 5 was also in a time crunch – they needed to have a finished product within six days! 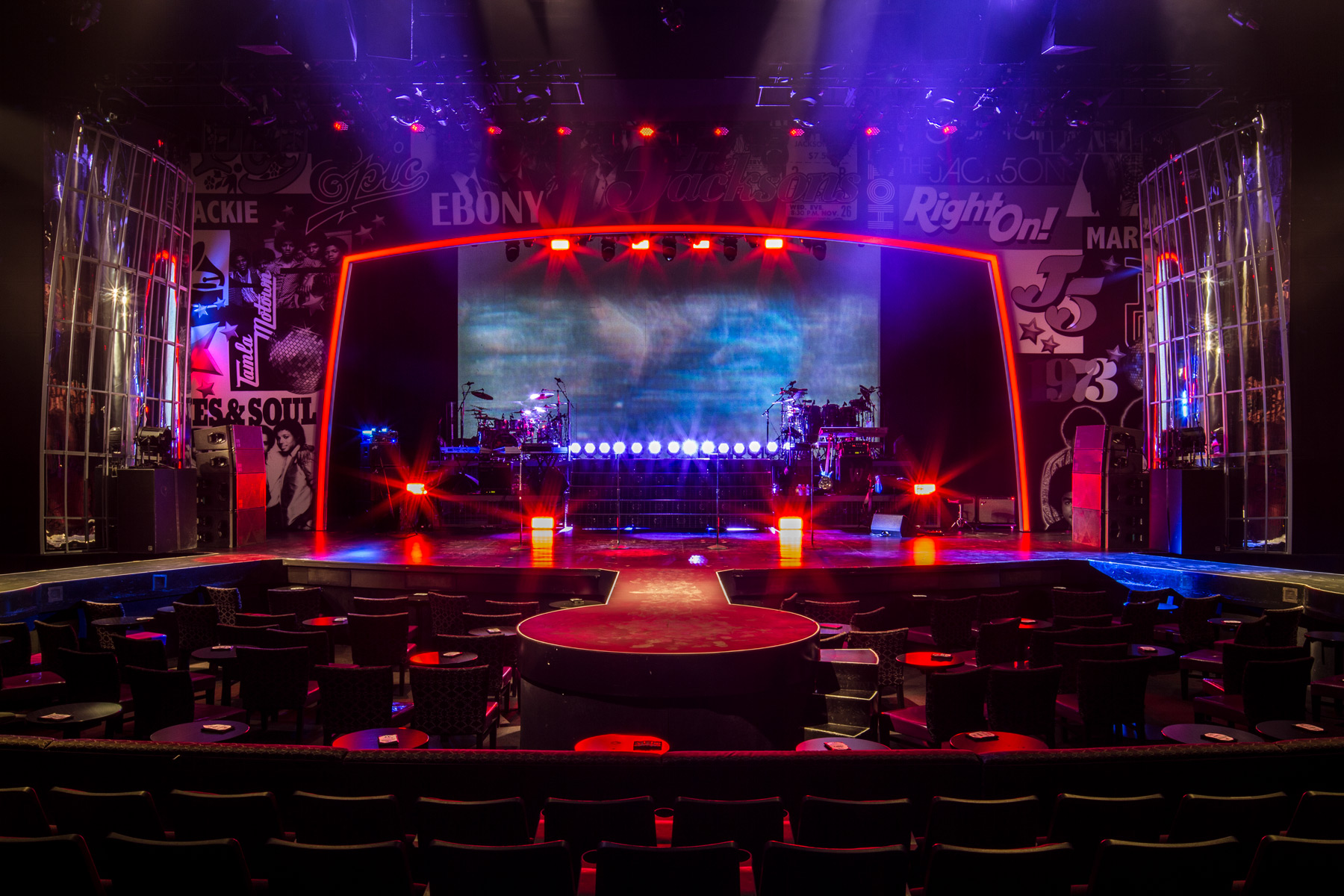 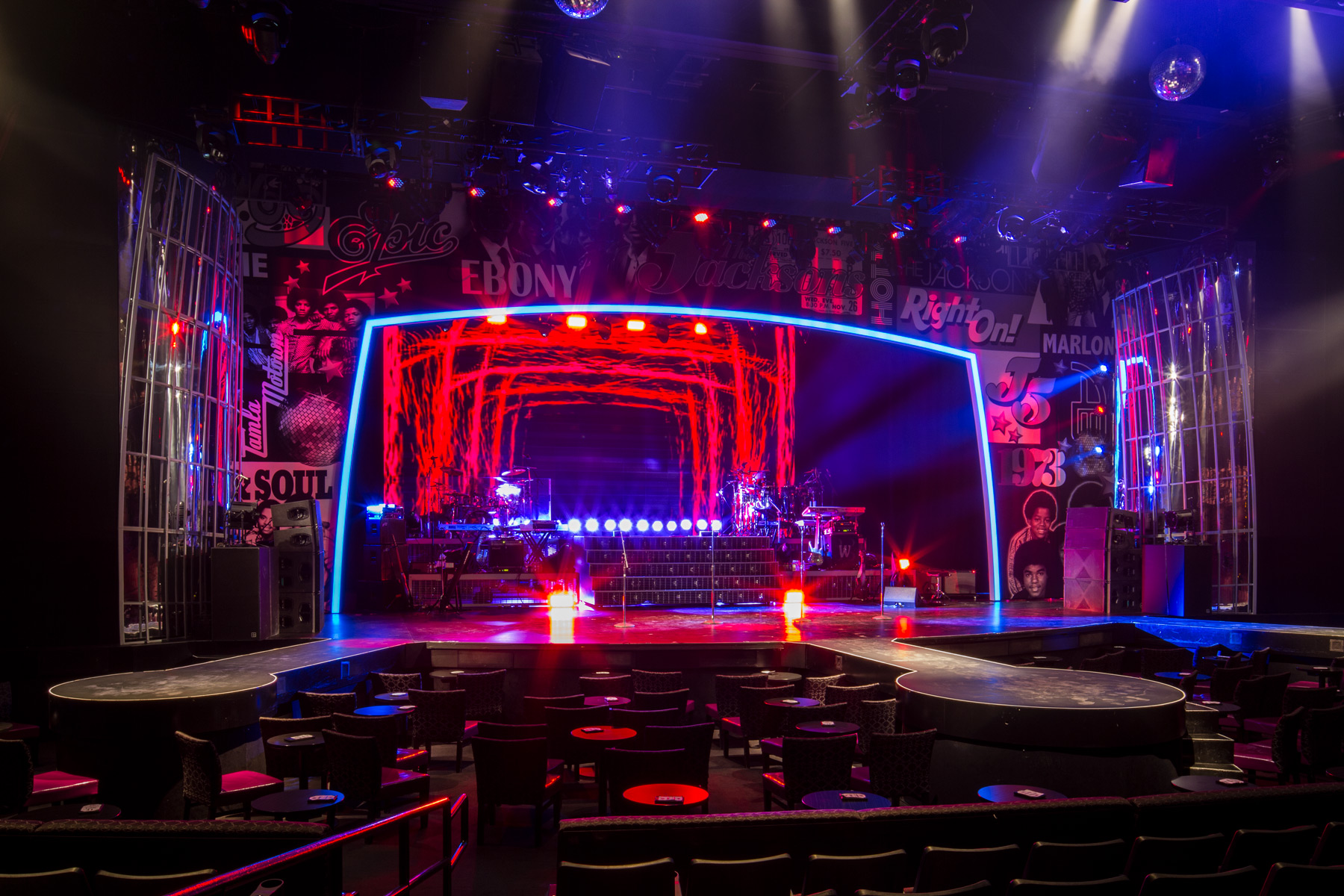 "I enjoyed working with Origin on my project. The measurements were spot on! It was a complete Turn Key experience without any worries."

PRG Scenic Technologies, a theatrical production company, came to Origin, a division of Orbus Exhibit & Display Group, to design and build this rush order. In less than six days, Origin had a design for a media arch that would accent the Jackson 5 Group’s performance. Origin took the Jackson 5 Group’s needs and designed a large arch, comprised of lightweight aluminum tubing and pillowcase fabric graphics. The entire structure was built to be very easy to assemble and disassemble for shows and travel. The lightweight media arch was able to easily lift out of the way at the end of the performance, but sturdy enough to create an impactful and memorable visual for performers and audience members alike.