Woodridge, IL - September 18, 2018: Orbus Exhibit & Display Group®, one of North America's leading wholesale suppliers and manufacturers of display, exhibit, graphic and event solutions is excited to announce that it was honored for the second year in a row as a Silver Level Supplier by the Proforma Group, a leader in the printing, promotional products and packaging industries. This award signifies that Orbus was among the top suppliers of promotional products to the Proforma Group throughout 2017. 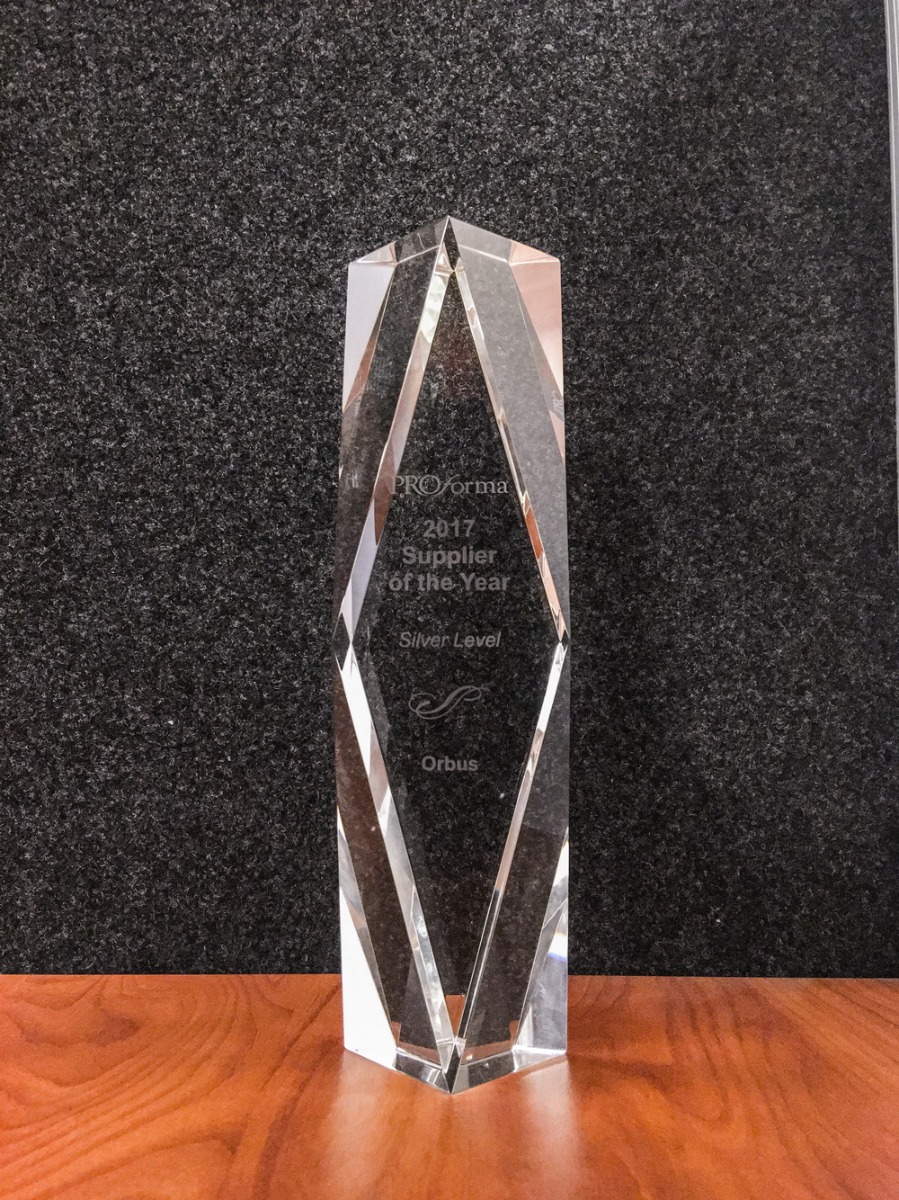 Recipients of the Proforma Supplier Awards were honored at the 2018 Proforma Convention & Family Reunion, which took place August 26-29 at the MGM Grand in Las Vegas, NV. Orbus was recognized alongside other top industry suppliers at the annual convention's awards dinner. Orbus' Tradeshow Supervisor Joe Douglas and Business Development Representative Kaitlin Kennedy were present to accept the award for Orbus.

“We are extremely gracious to have been recognized as a Silver Level Supplier by the Proforma Group,” said Giles Douglas, President & CEO of Orbus Exhibit & Display Group.“It is a true honor to have received this award from such a successful organization.”

Orbus has proudly served as a supplier to the Proforma network for over five years and looks forward to a continued positive relationship in the years to come.

Orbus Exhibit & Display Group is a market-leading, privately owned group of companies that specialize in the manufacture and trade only supply of portable modular and custom modular exhibit and display products, graphics and solutions. Companies and brands within the group include The Exhibitors' Handbook®, The Promo Handbook™, Nimlok®, and SignPro Systems®.

Orbus is a proud member of ISA, SGIA, ASI, PPAI, UPIC, and SAGE; the company boasts G7 Master IDEAlliance certification and is registered to ISO 9001:2015 for the highest manufacturing quality standards and ISO 14001:2015 for its environmental management system and “green” efforts.